Journalists and TV hosts Brian Williams and Bill O’Reilly are both under investigation for allegations that they exaggerated certain accounts of their war coverage. Williams conceded to the accusations, apologized for ‘misremembering’ and has been suspended from his position on NBC Nightly News. O’Reilly isn’t going down without a fight.

Williams and O’Reilly aside, TV in itself is not a medium grounded in truthfulness. There are of course exceptions–televised moments of the civil rights movement, scenes displaying the gruesomeness of war–but television also has a past rooted in propaganda as well. 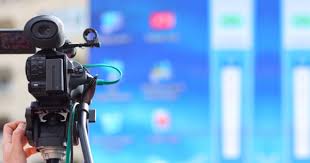 The nature of television is meant to shock, entertain, captivate and bewilder. Asking a journalist, who makes a professional commitment to telling the truth and reporting impartially, to tell the truth without a bit of sensationalism through a medium that thrives on sensationalism is like asking a carnivorous animal not to eat the dead carcass; it requires a lot of discipline and yet still might be impossible. That’s the nature of television. Or maybe that’s just the nature of media in general.

I also wonder how much of a journalist’s temptation to sensationalize the news comes from a desire for higher ratings, a greater number of subscribers, more “followers” or personal fame.

What ground do I have to publicize such opinions? Not very high ground by the standards of most, I’m sure.

I’m a reporter and writer in the beginning of my career who studied broadcast journalism at a really good program on the East Coast but decided to work in digital and print. I admittedly have more knowledge of TV news in theory than in practice and I haven’t covered any war zones. But at some point in any reporter’s career you come in contact with the concept of embellishment. To embellish or not to embellish? Tell the truth or tell a convenient version of the truth?

Author and New York Times columnist Anand Giridharadas recently wrote in “TV News and the Idea of the Truth” about the difference he experienced being a guest on Williams’ show and Jon Stewart’s former show The Daily Show.

On Mr. Stewart’s show, the truth was a process; on Mr. Williams’s, it was an outcome. “The Daily Show” deconstructed purported truths. “Nightly News” took precarious facts and fallible “experts” and constructed them into something purporting to be Truth.

Journalism can be tricky that way. You get to cut and paste a story together with ad libs, quotes and edits. Every reporter or non-fiction writer has to ask him or herself at some point which version of the truth will he or she tell. Then he or she has to be willing to stand by it.

And then I wonder, are people thinking more about the state of journalism right now after the Williams, O’Reilly allegations or is it just making for really “good” TV or online clicks?

Maybe the state of journalism isn’t compromised at all. Perhaps with everyone’s ability to Tweet, share, screen grab, record, blog and reblog there is much more accountability for journalists now than ever before.